My series ‘Dubai. Bread and circuses’ was awarded the Lensculture/Magnum Photography Award in the Documentary categorie. Hope this will help me in finding a good book editor and a nice exhibition space to release it in 2018… 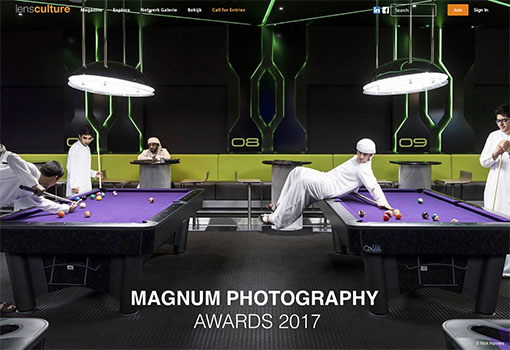 An interview by Fiona MacDonald was published today on BBC Culture. 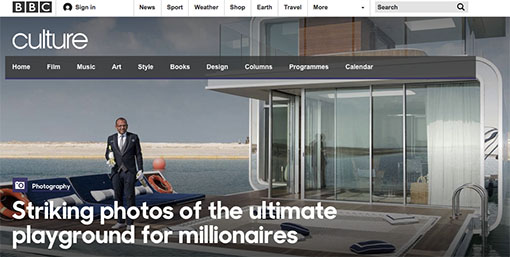 Striking photos of the ultimate playground for millionaires

“Dubai is both fascinating and controversial. It has fans and critics. I don’t like to decide what viewers should think when looking at my work; they should fill in the story according to their own visions and knowledge.” Photographer Nick Hannes’s series Bread and Circuses ‘showcases Dubai as the ultimate playground of globalisation and capitalism’ – but he’s not offering any kind of judgement. Instead, his images are ambiguous, and often witty, glimpses of a lifestyle that can seem alien to many.

“The rapid transformation of Dubai from a dusty fishing town in the ‘60s to the ultramodern metropolis of today fascinates both supporters and critics,” Hannes writes in the project description; many of his photos almost force a double take, poking at the surface to show a different angle.

“Ninety per cent of the population of Dubai are expats,” Hannes told BBC Culture. “Within this extremely heterogeneous group I decided to focus primarily on the upper middle class – the wealthier segment of society. I went to the places the members in this group go to have fun: nightclubs, beaches, theme parks, hotels, malls.” With its artificial islands and buildings replicating world landmarks, Dubai can be seen as a kind of theme park for the wealthy: but Hannes looked beyond fast cars and couture logos.

“A very important source of inspiration for the Dubai series is The Capsular Civilisation, a book by Belgian philosopher Lieven De Cauter. It also provided a theoretical framework,” he says, explaining that De Cauter “imagines an extreme dual society: the first world is an archipelago of shielded islands or ‘capsules’, where it’s pleasant to live; the second world is all the rest: an ocean of chaos and poverty.”

He sees parallels in his latest project. “The process of urbanisation in Dubai strikingly resembles the phenomenon of capsularisation as defined by De Cauter. On a local scale, there is the segregation between the expats and the migrant workers. On a global level, the United Arab Emirates can be considered as one big ‘capsule’, a safe haven in the unstable Middle East.”

Yet again he is keen to point out his photos don’t adhere to any definitive viewpoint. “I have no monopoly on truth, and therefore it’s not my intention to give answers. I’d rather raise questions about sustainability, inequality, the economisation of society, authenticity, greed. I hope this will lead to self-reflection.”

Many of his photos appear like odd tableaux, their subjects lost in some kind of reverie. “Lots of these places seem surreal and dreamlike, as if it all happens in a parallel world where everybody is happy. However, when you take a closer look, there’s a lot of ambiguity in my work.”

Hannes visited Dubai in 2016 and 2017. “As I got used to this new environment, I found everyday life rather predictable and conventional. There’s a lot of things to do, from skiing to desert safaris; but I missed spontaneity and surprise in the modern part of the city. For a walk I much more enjoy Deira, the historic centre of Dubai, where mostly Asian and African communities live.”

He was inspired to document Dubai after an earlier project. “Working on my latest book Mediterranean: The Continuity of Man, I started to get interested in artificial urban development and its impact on society,” he says, drawn to the tension between tourism and environmental protection. “For my next project I wanted to dive deeper into this subject—my curiosity drove me to Dubai, a very famous example of excessive and market-driven urbanisation.”