Last month I climbed Mount Ararat in Eastern Turkey. I joined a group of American Armenians on their pilgrimage to the summit.
De Standaard published a portfolio of my photographs. Here are some images and a text I wrote. 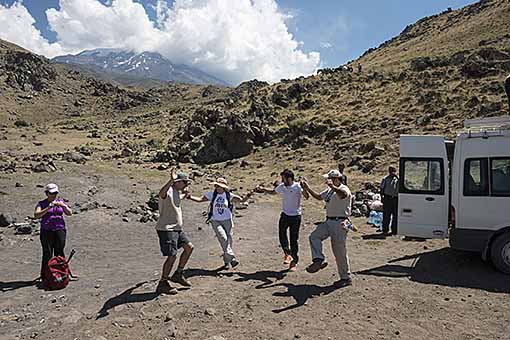 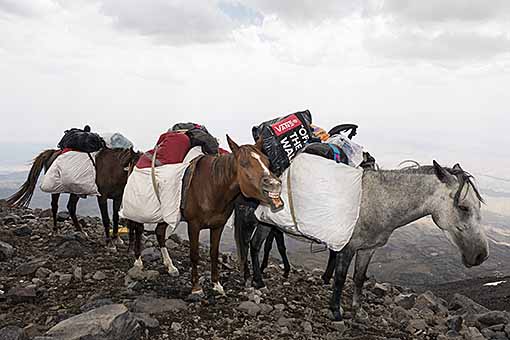 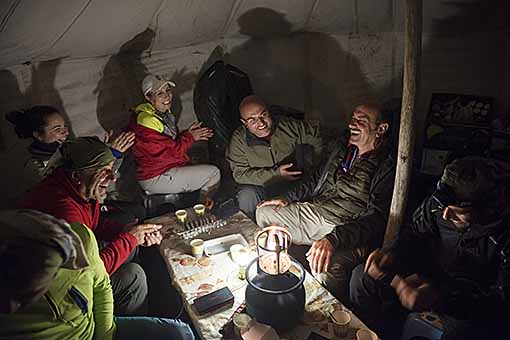 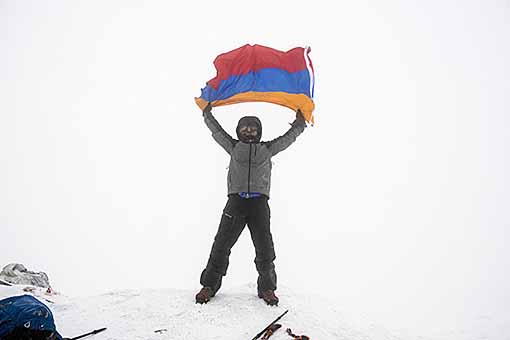 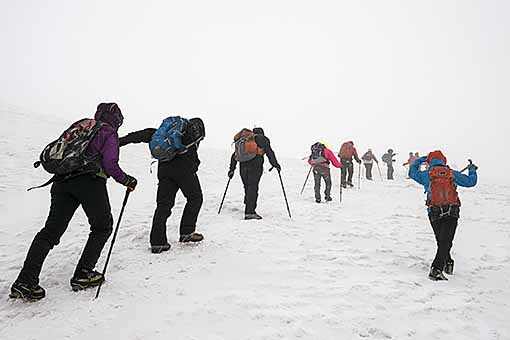 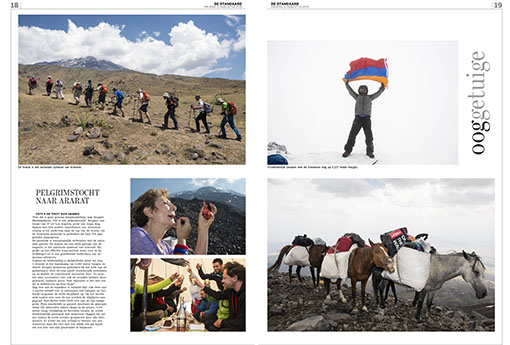 Throughout 1915 and 1916 an estimated 700,000 to 1 million Armenians in Eastern Turkey have been killed or deported, after the Young Turks took over power from the Ottoman sultan. Hundred years later a group of Americans with Armenian roots, descendants from the emigrated generation of 1915, commemorates the Armenian genocide by climbing Mount Ararat in Eastern Anatolia.

“No, this is not an ordinary hike”, says Roupen Harmandayan. “This is a pilgrimage. Each step I take is full of significance.” Roupen, a 57 years old teacher from Los Angeles, blinks away a tear. Together with ten other Americans of Armenian origine, he’s on his way to the summit of Mount Ararat.
“My grandparents fled from this region hundred years ago. First into the Arabian desert, then to Greece and Lebanon. Born in Beirut, I left the country when I was 18 because of the civil war. We ended up in the United States.”

The genocide is inextricably linked to the Armenian psyche. The loss of ‘Western Armenia’ to Turkey is a historic trauma to the Armenian people. Mount Ararat, a silent witness of the tragedy, is the national symbol of Armenia. It is depicted on the official coat of arms and on bank notes. Its image is used in company logos and products. It is the main subject of Armenian poets, writers and musicians. Its picture is present in almost every Armenian living room.

During the ascent of Mount Ararat melancholy is never far away. In the evening at base camp, 3200 meter high, Roupen recites Armenian poems by lantern light. Mountain guide Gevork plays age-old melodies on the duduk, the traditional Armenian flute. “This is how our ancestors must have spent the nights here”, muses Arthur. “How special it is to revive this experience on this mountain.”

Day four of the expedition is ‘summit day’. At 2 AM in the night a queue of dark shapes with headlamps on slowly moves up the mountain flank. At the last stretch of rocky ground, crampons are girded. A thick cloud sticks to the summit. White out. Suddenly cheering voices break through the howling wind. Eleven Armenians throw themselves in each others arms, 5137 meter high. Relief and frozen tears. Armenian flags, signed with the names of the group members, are folded out. “This is a spiritual place” says Roupen. “A friend of mine once cut a hole in the icecap to bury a photograph of his grandfather here.”

“Ararat is Turkish now”, says Roupen. “The Kurds take care of it and make use of it. We can’t change history and kick them out from here. We, Armenians, are happy that we can visit our mountain and enjoy it.”

For decades Ararat was a closed military zone. Only in 1998 the area opened up for tourism. The procedure to obtain a climbing permit became easier little by little. Trekkings became more and more popular, not least among Armenians. Today many local tour operators in Dogubeyazit, an impoverished Kurdish town at the base of Mount Ararat, offer mountain trekkings.

But after violence between the Turkish military and the Kurdistan Worker’s Party PKK has flared up recently, the tourist season on Ararat might be a very short one this summer. A few days after our ascent the Turkish army declared the area as a temporary ‘special security zone’. Once again access to the mountain is forbidden, and all trekkings in the near future have been cancelled. A setback for hundreds of locals who earn their living as mountain guides, cooks, drivers or horsemen on Ararat.