“The Forbes 100, the Fortune 500, Bloomberg’s Billionaire Index… the list of rich lists is endless. We want to tell the story of The Other Hundred – those people who aren’t among the world’s rich, but whose lives deserve to be celebrated.” (from ‘The Other Hundred’-website)

‘The Other Hundred’ has released its list of the 100 winners of the open call. My photograph of the Greek gas station wedding has been selected for ‘The Other Hundred’-photobook, that will be launched in late 2013. Over 11,000 images from 158 countries were submitted in the contest. 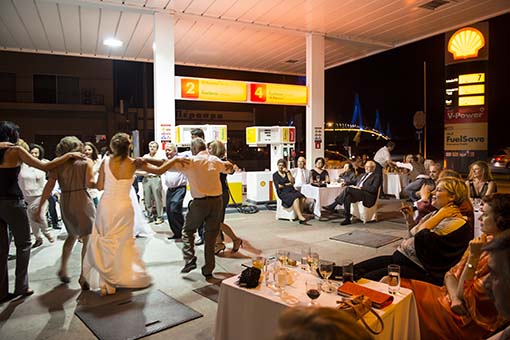 Statement on my submission: ‘The Other Hundred’ is a fierce statement against the capitalist doctrine and the power of the rich. I’m very happy this photograph is in. The Greeks I photographed at the gas station wedding party, urged me to show these photographs around, so the world could see they won’t let themselves down. “We will keep on dancing and laughing, even when our last cent has been taken away”, they told me. I was moved by their optimism. I fully understand their indignation. After all the so-called economical crisis only hits the common people, ‘the other hundred’. There is enough wealth in our world. There just ain’t no fair redistribution.’