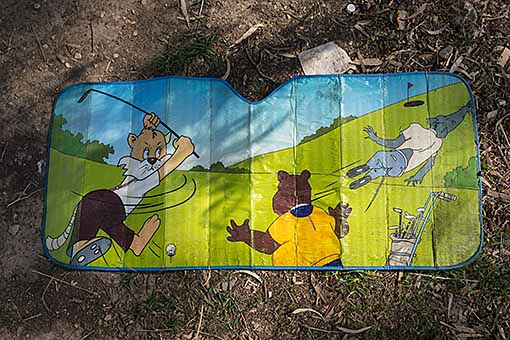 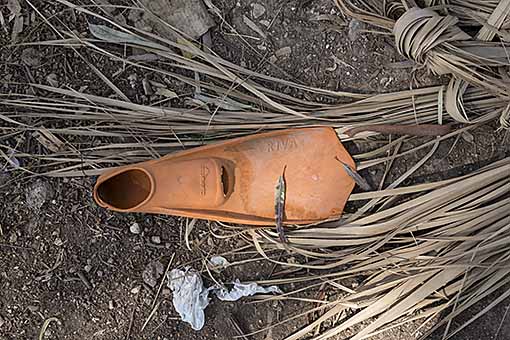 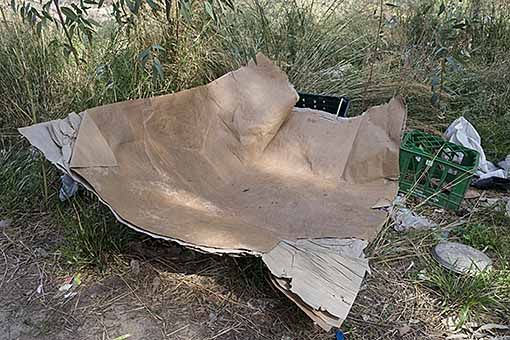 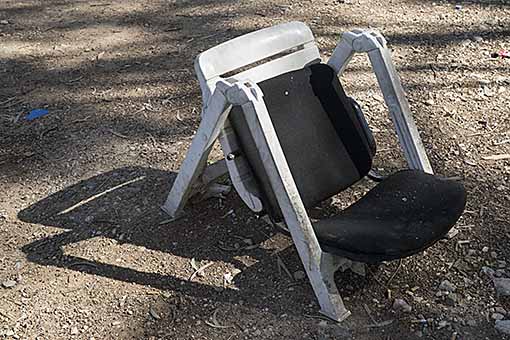 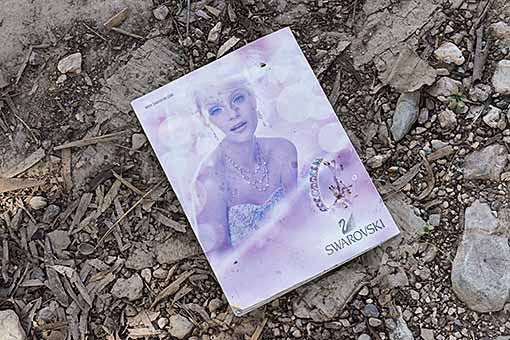 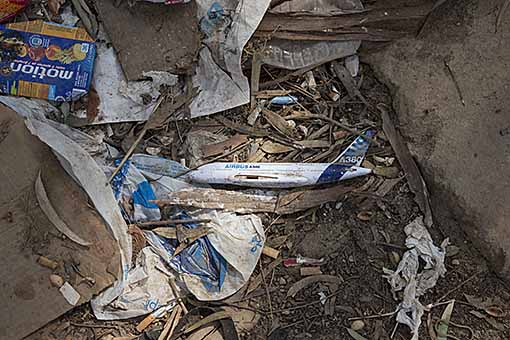 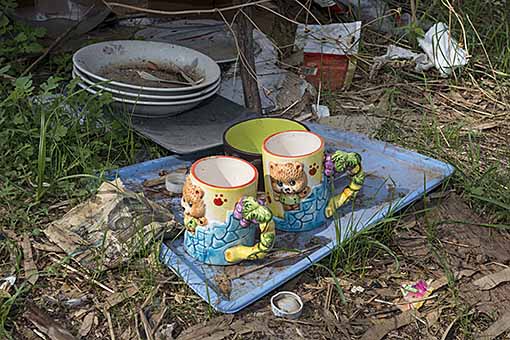 On the first of October 2012 the Hellenic police closed down a big makeshift refugee camp near the ferry port of Patras, Greece. More than 300 people were arrested during the so-called ‘Xenios-Zeus’ operation, the code name for large scale sweep operations against illegal immigrants. I visited the abandoned place a week after the raid and found their belongings, their selfmade barbecue grills, their cardboard beds. This is a selection of the many objects I photographed. Traces of volatile living.

According to mythology, Xenios Zeus was the patron god of hospitality.