A new book of our photographers collective NADAAR has been published on the occasion of the exhibition ‘Vroeger is een ander land’ – ‘Mon hier est ailleurs’ – ‘The past is a foreign country’ at Belvue Museum in Brussels. It tells the stories of 8 unaccompanied minor asylum seekers in Belgium. The book features photographs by Loïc Delvaulx, Eric de Mildt, Bieke Depoorter, Tim Dirven, Nick Hannes, Jan Locus, Alain Schroeder and Dieter Telemans. Text is written by Catherine Vuylsteke. 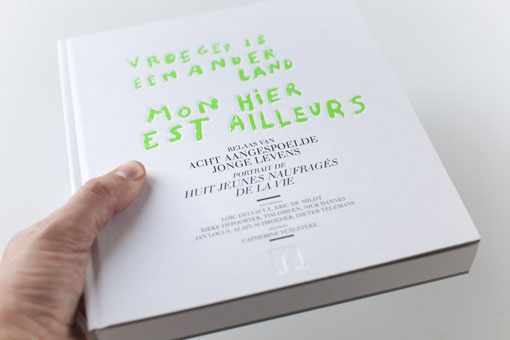