During the 5th Biennale de photographie en Condroz, I exhibit ‘RED JOURNEY’ in the tiny church of Grand-Marchin. The Biennale, featuring exhibitions of Celine Clanet, Christian Carez, Satoru Toma, Emilia Stéfany-Law, Bernard Foucon, Patrick Bailly-Maître-Grand, Michel Beine, Patrick Mourral, Tendence Floue and Bureau Baukunst, is open every weekend of August. The exhibitions are spread out along a 25km-tour through 3 villages (Marchin, Havelange and Les Avins) in the beautifull Condroz-region near Namur. 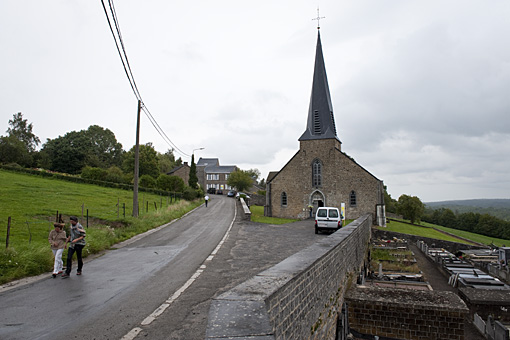