‘Beyond the Document’ at Bozar

This latest exhibition brings together 14 photographers at the instigation of BOZAR and the photography museums of Antwerp and Charleroi. Together, they will examine the fine line that now separates documentary photography and fine art photography. The fact is that, since the 1980s, photography has been permanently elevated to the rank of art, but has never been so used in the vast stock of photo-journalism. This documentary and social veneer is brought out in art photographs which enhance the supporting document. Belgian photography does not escape this ambiguity between documentary framework and metaphoric and conceptual narration. Beyond the Document offers a unique snapshot, combining, in a single medium, objectivity and subjectivity, fiction and reality, report and concept, document and work of art. 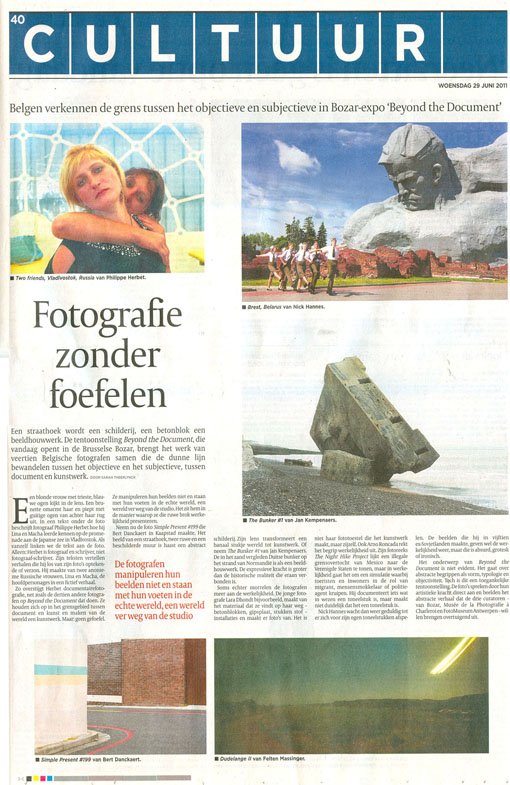