In the Margin: exhibition at Ghuislain Museum Ghent

This summer, the Dr Guislain Museum will be focusing entirely on photography. In the Margin is a top selection of Belgian documentary photographers, who shed light on the ‘other side’ of existence: the aberrant, the delinquent, the extraordinary, the unobserved and the crude. More than 400 photographs by 22 photographers will be shown. I’ll contribute to the exhibition with a series of photographs from the Spanish Mediterranean coast.

The exhibition is curated by Kaat Dejonghe. Lannoo publishes the photo book In the Margin. Belgian Documentary Photography 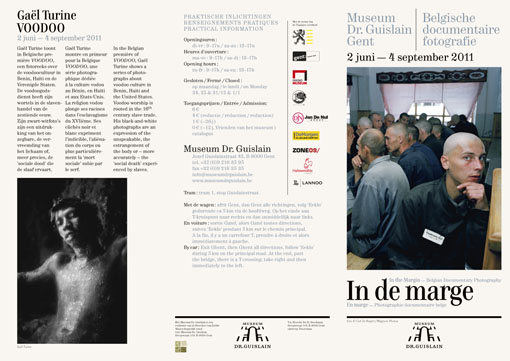 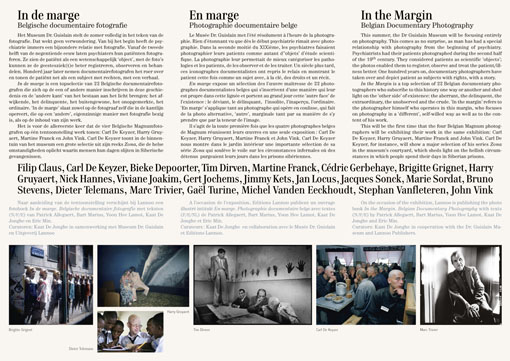