The group exhibition ‘Facing Brussels’ will be exhibited in the gallery of the Flanders Center in Osaka, Japan, from February 14 to 26. ‘Facing Brussels’, an initiative of photographer’s collective Nadaar is a portrait of the Belgian capital, made by 11 Belgian photographers: Eric De Mildt, Tim Dirven, Nick Hannes, Jan Locus, Dieter Telemans, Loic Delvaulx, Marine Dricot, Philippe Herbet, Jimmy Kets, Wim Knapen and Alain Schroeder. In the summer of 2010 Facing Brussels has been exhibited in the Belvue Museum in Brussels.
Go to Nadaar 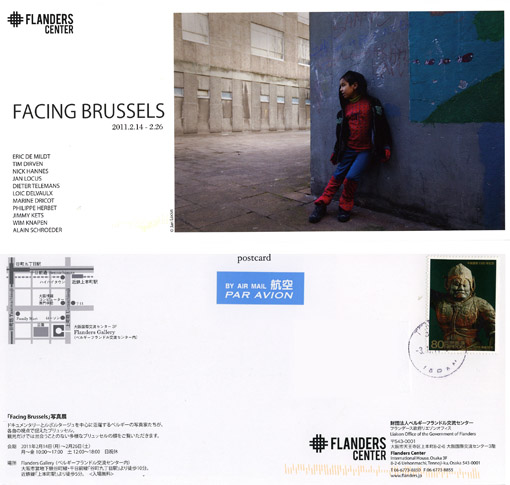