Last september the Belgian Technical Cooperation (BTC) commissioned the photographers of the collective Nadaar to report on development projects in 5 different countries across the world. This was the first assignment we obtained with our collective. Dieter Telemans went to Congo, Eric De Mildt to Vietnam, Tim Dirven to Ecuador, Jan Locus to Mali, and I was sent to Morocco, where I visited the dry region of Tiznit, Ouarzazate and the Valley of the Draa. A beautiful region, but not easy to work. The tempo of travel was high and the projects were many. Due to conservatism (and tourism) photographing public life was not easy. People didn’t seem to like the camera. Women hide for me and men often asked for money. I should have had more time to build up a confidential bond with the locals, instead of being driven from one project to another in a four wheel drive. That’s why my visit to Morocco left me with an unsatisfied feeling.

Nevertheless the exhibition, which opened last week, looks really nice. On the occasion of the tenth anniversary of BTC, 25 photographs printed on big canvas, were mounted on the fences across the royal palace in the heart of Brussels. And the catalogus, containing portfolios of the five of us, looks like a real book.

The exhibition lasts until february 17. Open day and night, in open air at the Parc Royal/Warandepark. 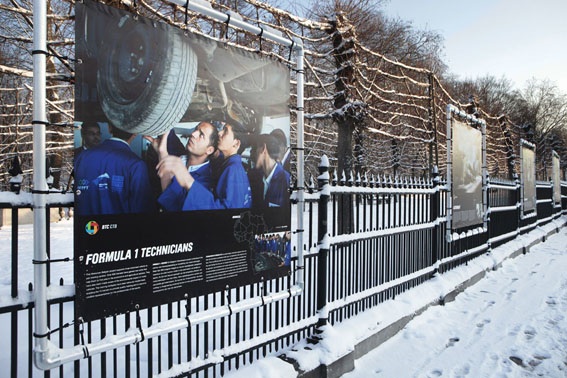 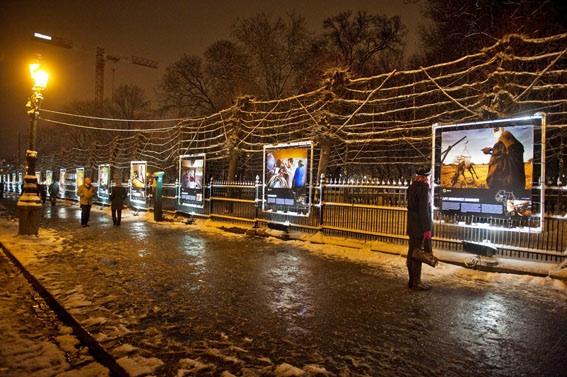