Tonight the exhibition ‘Verkeerde tijd, verkeerde plaats’ opens at the University of Antwerp (UA). This work unites black and white portraits of refugees, made by Dieter Telemans, and my documentary on the asylum procedure in Belgium.
Almost five years ago ‘Verkeerde tijd, verkeerde plaats’ was shown for the first time at the FotoMuseum in Antwerp. The exhibition has been travelling non stop to schools, organisations, cultural centers and asylum centers ever since. Many people must have seen it. I guess the exhibition has had its use. 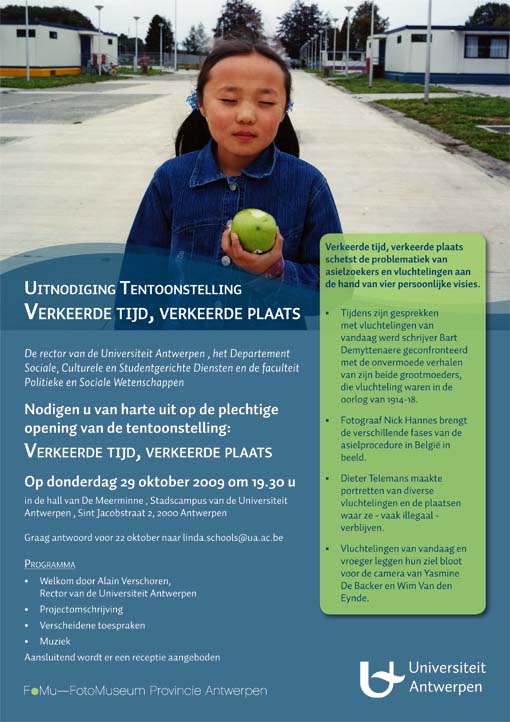